Today I'm up on Dusty Attic's blog with an album cover, a gift for a friend. 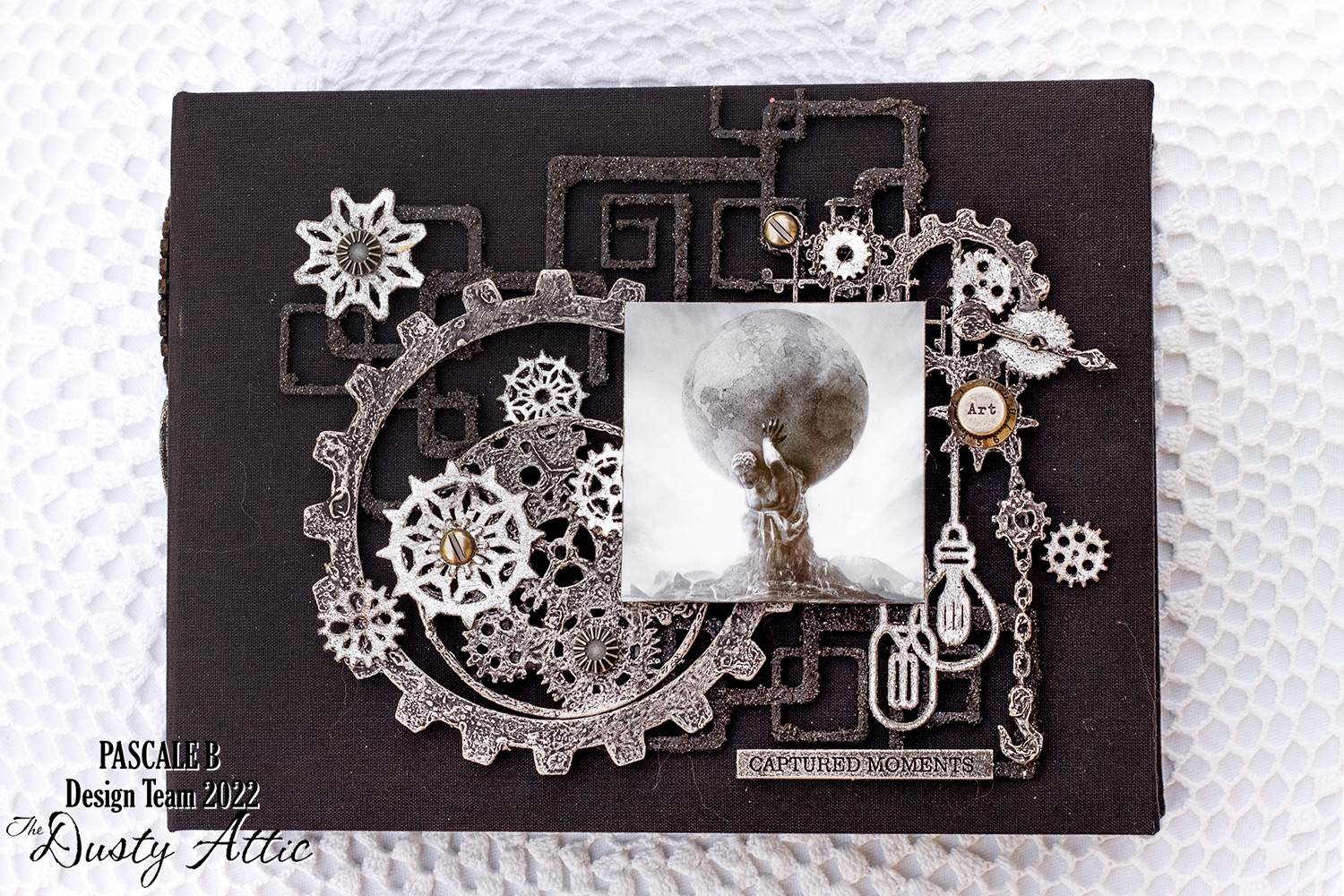 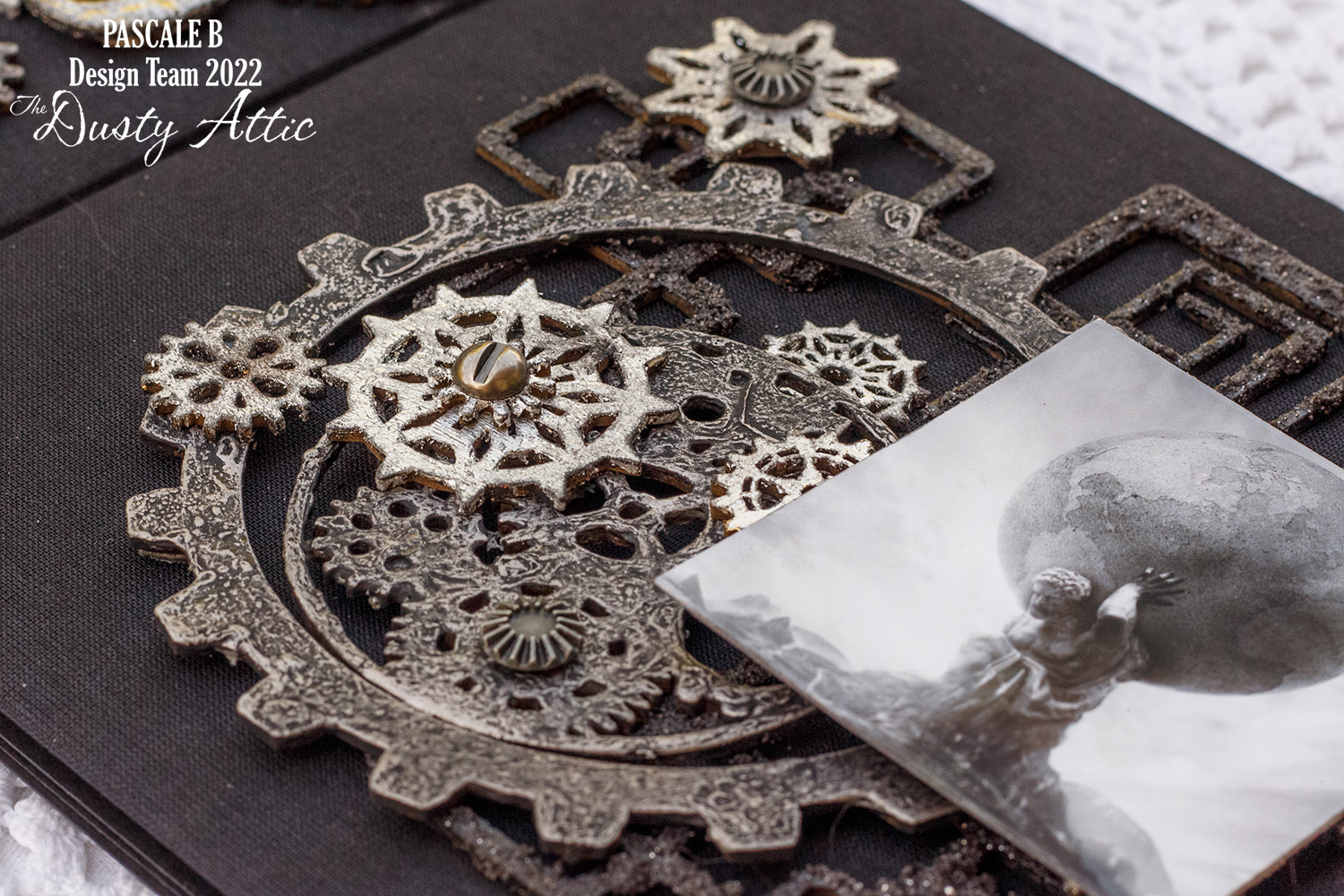 I selected gears from different sets like Jumbo Cogs #2, Gears #1 by nuneka, Mini Cogs, and Designer Disc #15. I chose also the Industrial Cluster #1. 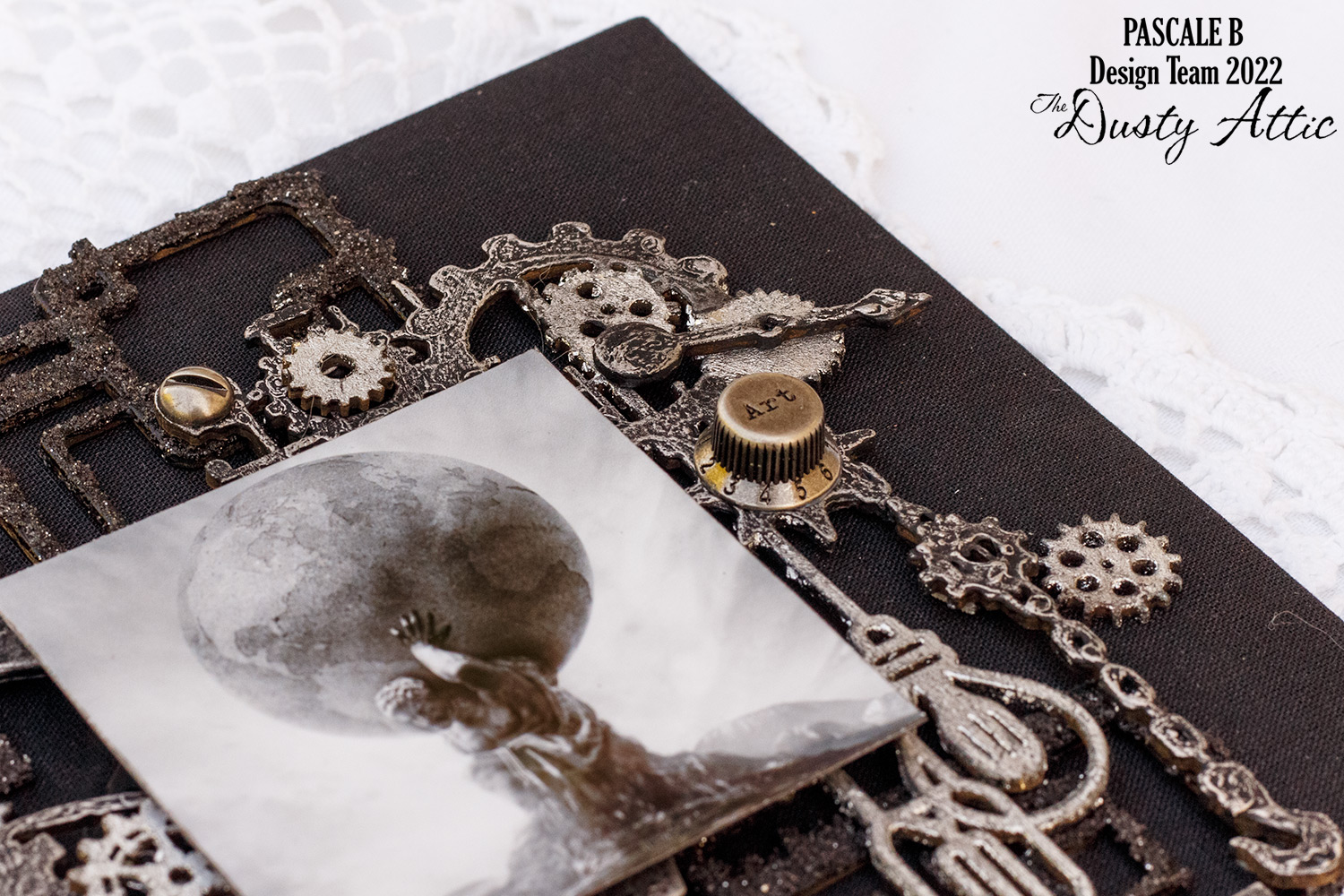 I used a technique I haven't used for a very long time to alter the Jumbo Cog #2 and the Designer Disc #15. First I covered them with black gesso, then I added PVA glue with I heated until the glue bubbled. I covered the glue with black gesso and heat again; When cold, I highlight the details with silver wax. You can see the step-by-step here. 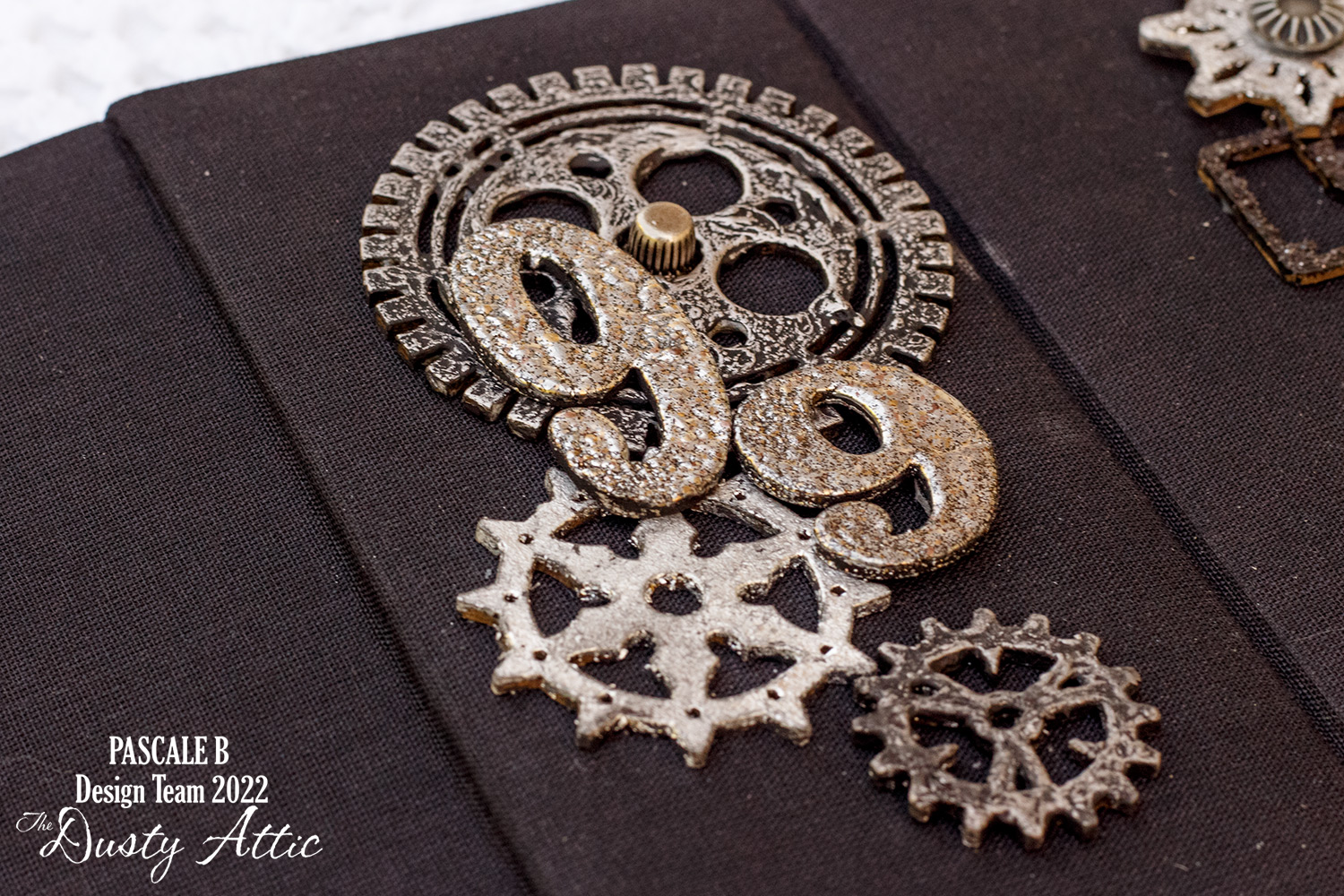 I decided to cover the other cogs with silver Metallic Flakes to add some contrast. I used Soot Antiquing wax to tone down the shine. 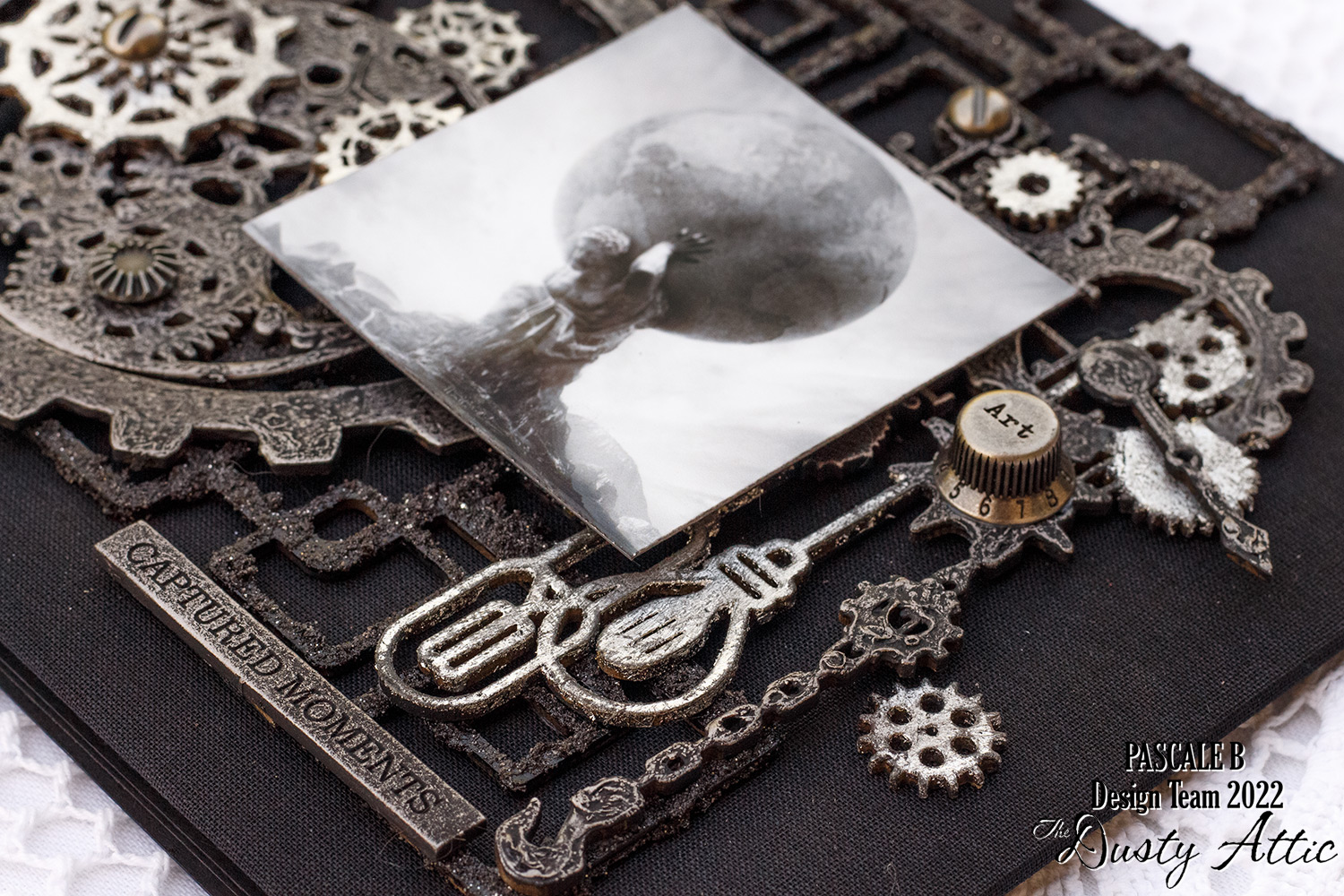 I glued the different chipboards with 3D Gel. 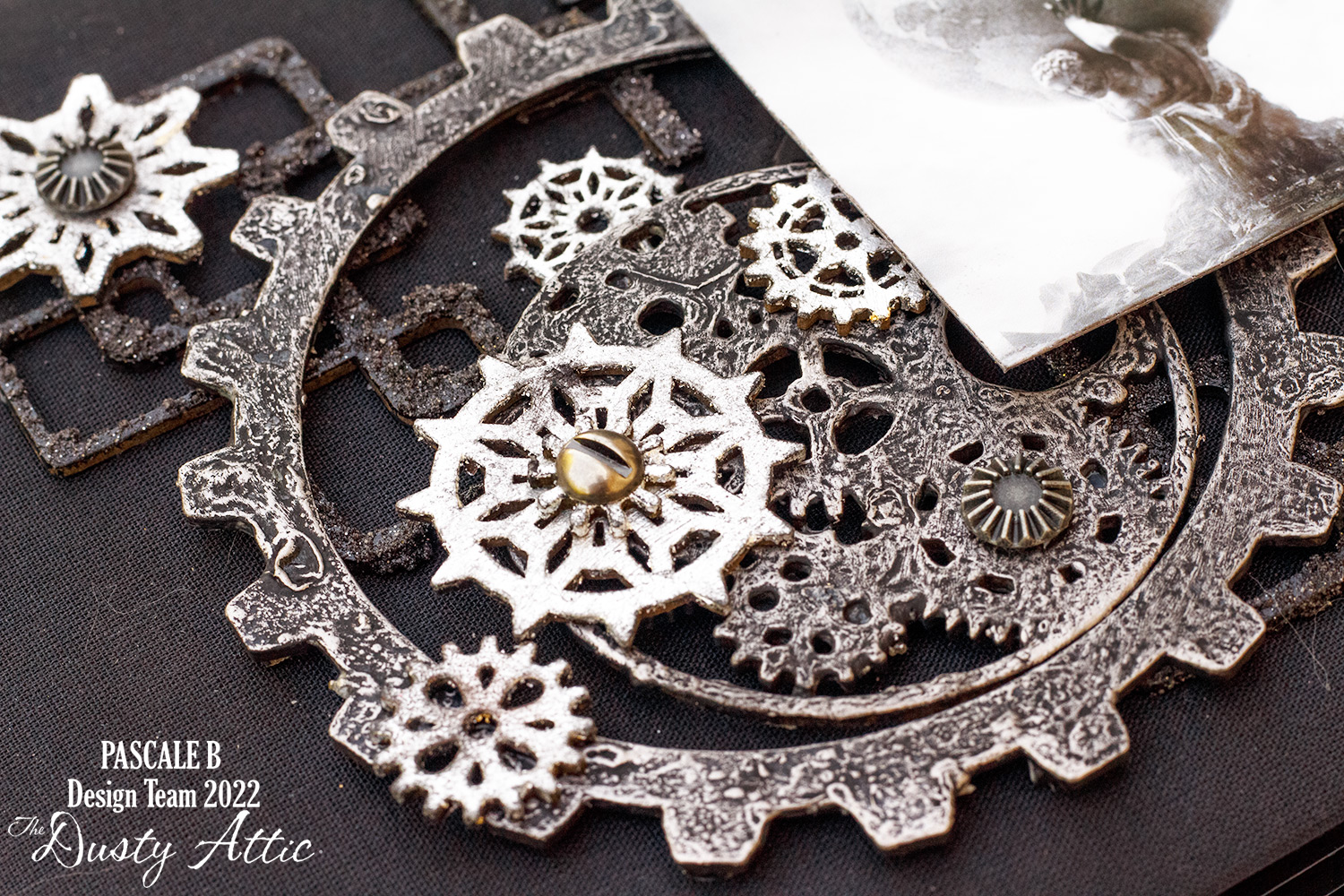 To finished I added a few screw heads. 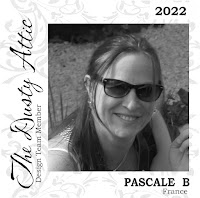 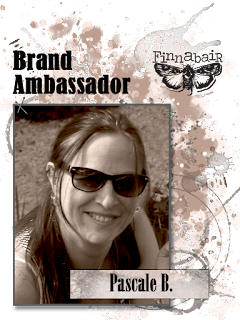 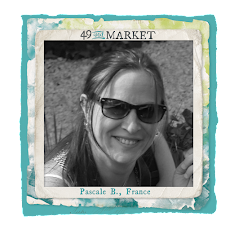 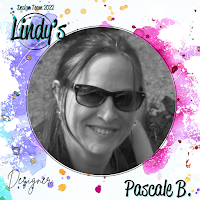 To obtain a 10% discount on all your purchase at Lindy's Gang, use the code PASCALE_B